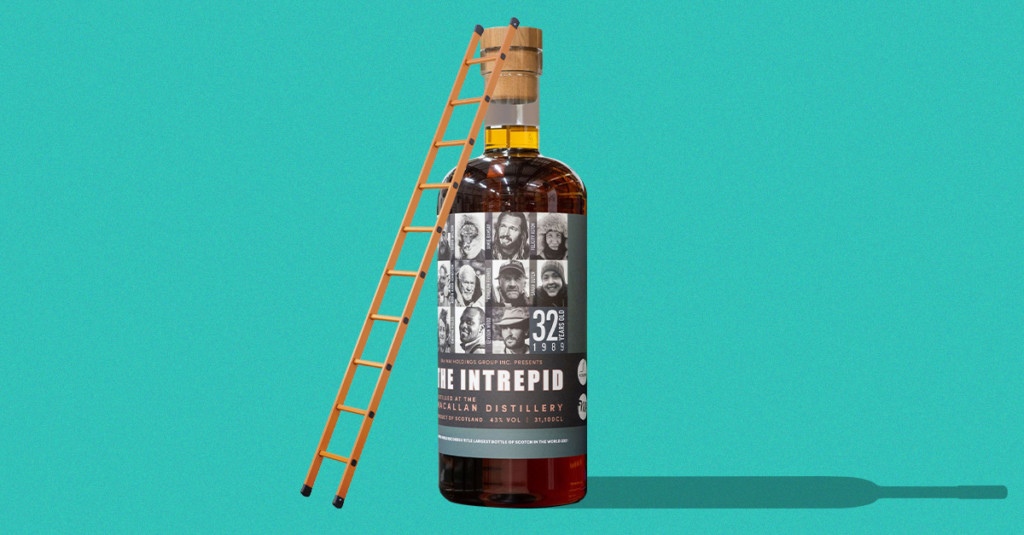 The Intrepid contains 311-liters of highly coveted 32-year-old Scotch from The Macallan, the award winning distillery based out of Scotland. The bottle was poured in September of 2021 by a trio of Whisky-related companies — independent bottler Duncan Taylor & Co., investment firm Fah Mai Holdings Group, and alternative assets firm Rosewin Holdings. At the time of pouring, the group believed that it was quite plausible this bottle could beat the record for not only being the world’s largest bottle, but also the most expensive.