We are hiring
CrunchBase

English wine industry ‘must do more to be sustainable’

Daniel Ham, founder of Offbeat Wines, believes that the English wine industry must increase its commitment to the environment, and hopes his story will encourage others to pursue sustainable, organic and biodynamic projects.

Ham, the former winemaker at Langham Wine Estate in Dorset, has now left his position to establish his own sustainable winery on a biodynamic farm in Wiltshire.

Speaking to the drinks business, he called for a more coordinated approach to sustainability, following the lead of bodies such as Comité Champagne.

While acknowledging that the resources and scale of production is far beneath that of Champagne, Ham believes sustainable wine production is possible in the UK.

“I saw a lot of people throwing around the idea that sustainable winegrowing in the UK is really difficult because of disease pressure,” he said. However, having attended a sustainability seminar and working a vintage in Champagne, he believes changes can be made.

“In Champagne there’s more of a central push towards sustainability. Whereas here you’ve got individual producers doing it on their own, over there you’ve got central locations where they take all the winery wastewater to be treated. Grape pomace and final pressings get taken to a similar sort of location for processing where they make spirits.”

He praised the formation of the Sustainable Wines of Great Britain initiative last year. Spearheaded by the WineGB Environmental Sustainability Workgroup, chaired by former head of wine at Plumpton College, Chris Foss, the movement aims to support those wishing to make sustainable wine in the UK.

With the UK still a relative newcomer on the world wine scene, it is understandable that sustainable frameworks are less developed.

However, Ham believes that attitudes must change so that producers are applauded rather than ostracised for going down the sustainable or organic route.

He said: “There are many hectares of vines being planted in the UK, with so much money and investment going in. That’s all well and good, but there does have to be some degree of responsibility. Wine is a luxury, non-essential product, so of all the farming practices, trying to be sustainable in growing grapes is one of the first places we should start.

“There’s still a view that organic wine producers in England are complete nutters. A major milestone for Champagne was the release of the first 100% biodynamic Cristal a couple of months ago – a renowned wine from the region doing biodynamics on a commercial scale.

“The difference here, compared to Champagne, is the vast majority of people doing it are producing their own wine. Where it’s difficult for Champagne is that there’s still so many growers that are trying to crop high to sell to the big players, and they have no incentive to become organic, biodynamic or even sustainable. So in that respect, the UK does have an advantage because each grower is putting their name on the line.”

The role of hybrid varieties

Ham praised “unfashionable” hybrid varieties, which he believes still have a role to play in the English wine industry, despite the dominance of the big three: Pinot Noir, Chardonnay and Meunier. 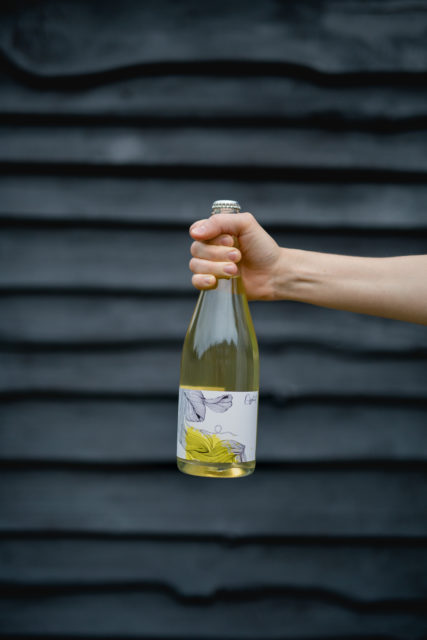 There are many older vineyards in the UK that are planted with unfashionable disease-resistant hybrid varieties. Rather than grubbing up the vines, and replacing them with Champagne varieties, Ham believes the varieties have a number of advantages.

“You’ve got older vines, and disease resistant fruit that’s often half the price of Pinot Noir, Chardonnay and Meunier,” he said. “Plus the fruit is often a lot riper. Year after year on the UKVA forum you see there’s so much fruit hanging around that no-one is willing to buy.”

He believes the way to market such wines is to think outside the box.

“I say to growers, rather than putting a still wine that’s £7 a bottle on the market, a market that’s already swamped, why don’t we do a col fondo or Prosecco-style sparkling wine,” he said.

Sustainability, organics and biodynamics in the UK

Julia Trustram Eve of WineGB estimates there are as many as 30 producers in the UK growing organic grapes or making organic wine. WineGB doesn’t keep a record of producers who are conducting trials or undergoing conversion, however.

Ham also revealed that, together the biodynamic vineyard beside his new winery, two vineyards that he has been working with for the past two to years are undergoing organic conversion. These are Little Waddon Vineyard and Breezy Ridge, both in Dorset.

He also said Westwell in Kent and Harrow & Hope in Buckinghamshire were exploring options within the field.

Winemaker and director of Harrow & Hope, Henry Laithwate, told db that the estate has never used herbicides in the vineyard and will be using its own fully organic nutrition programme this year. He said botryticides are used, but organic nutrition and use of cover crops, together with canopy management, has enabled the estate to reduce reliance on pesticides.

“I would love to be fully organic, and every year we take a step closer but we’re not currently at a place where we would get accreditation,” he said. “The vines are like our kids at the moment, young and precocious and if they get sick, we give them help. Maybe when they’re older they will be able to look after themselves better.”

“I have massive respect for anyone employing organics and doing anything to negate the reliance on chemicals as it’s not easy, more so if you’re a big vineyard. The reality is most of the vineyards in the UK are so young and people are focusing on establishment first, and then we might see more of a sustainability drive once the vines mature.”

Laithwaite is also experimenting in the winery, exploring the potential of wild fermentation, minimal sulphur use, wild and/or delayed malolactic, and long lees-ageing in barrel with no fining and filtration.

Ham said the move to go it alone, with a focus on sustainability, was inspired by his marine biology studies and work as an ecologist, combined with a chance encounter with a grape grower in Devon.

“She was growing this amazing fruit without spraying any herbicides or pesticides,” he said. “Before I came to her she was selling it off really cheap and it was going into these big blends of off-dry, still white wines. I thought that was a huge waste, considering how much love and care and attention she puts into this fruit.”

In 2018, Ham bought some fruit from the producer and made two wines: a Pet Nat, which sold out last year in three weeks, and an amphora-aged skin contact wine that will be released later this year. 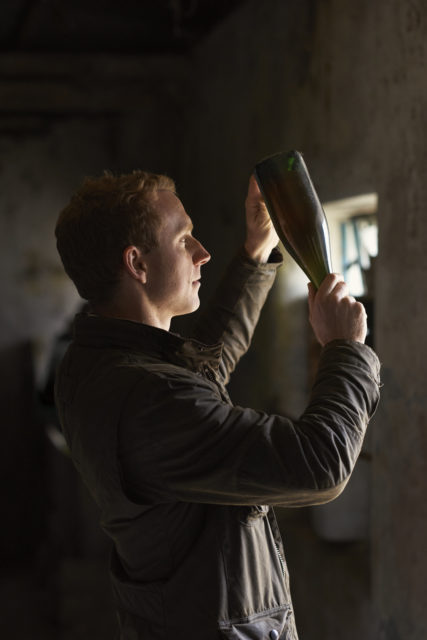 After meeting Hugo Stewart, co-founder of the biodynamic Les Clos Perdus in South West France and who has established his own biodynamic farm in the UK, Ham made the decision to set up his own operation.

“Hugo was trying to do things completely differently, being biodynamic from the start. At the time people were saying that’s crazy, you can’t be biodynamic in England. I’ve made his wine for the last two years at Langham under contract, and both years it was the ripest and cleanest fruit we had in,” Ham said.

Stewart has planted one hectare of vines, with another hectare due to be planted this May. Ham’s new winery, based at the vineyard near Salisbury, will be equipped with a rare, square Coquard basket press, which is being shipped from Champagne. The winery has been made as environmentally friendly as possible, with the floors sunk into the chalk to provide natural temperature control. Electricity will be generated from solar panels, which will power the entire winery as well as an electric forklift.

The winery will produce around 30,000 bottles a year, around a third of which will be under the Offbeat label. The rest will be wine made under contract for growers. Ham has been working with six different vineyards over the past few years. He hopes that the rest will follow the example of Little Waddon and Breezy Ridge and consider organic conversion.

“What I hope with time is that I can start to work with people and maybe help them down that road, especially considering that the winery will be organic and biodynamic certified,” Ham said.

“I want to make wine that people can open a bottle on a Tuesday night and feel they don’t have to take out a new mortgage to pay for it,” he said.