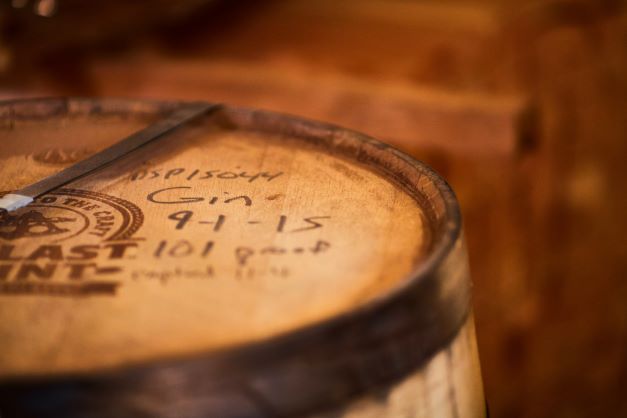 If you’ve ever wondered how gin is made or are considering distilling your own, then it’s time for you to learn everything you need to know about this unique centuries-old spirit. We have put together a full guide to gin production that covers ingredients, flavor profiles, different distillation methods and much more.

Gin is a truly unique type of spirit that is characterized by its inclusion of the juniper berry, which has a woody, pine flavor. When it comes to gin production, distillers begin with a neutral spirit and then add different botanical flavors and ingredients throughout the distillation process. For example, Hendrick’s Gin adds caraway, orange fruit, lemon peel, angelica, cubeb pepper, chamomile, elderflower, yarrow, coriander, and orris root to the juniper berry.

Under the umbrella of the term gin, there are many different types, including Plymouth, London Dry, Old Tom, and Genever, which can then be used to make an array of cocktails that go beyond the classic Gin and Tonic. Officially, any spirit that is labeled as gin in the United States has to contain a minimum of 40% alcohol by volume (ABV).

For those who haven’t had a lot of experience with gin, the flavor is characterized by a combination of juniper and spices. Most notably, it is often said that gin has a pine flavor, which is a result of the juniper berries. A piney flavor is especially dominant in sweeter, more traditional styles. On the other hand, contemporary gins tend to move the juniper to a supporting role and focus more on another fruit, herb or spice flavor.

What are the Three Main Types of Gin?

London Dry Gin is perhaps the most universal and “pure” form of gin. It traces its roots back to England where large-scale gin production first began, but can now be found all over the world. As a dry gin, it doesn’t use any additional or artificial sweeteners and has a strong juniper flavor, which is the trademark taste of gin. At the same time, it offers the complexity of additional citrus notes. For this reason, a twist of lemon is usually added to a classic martini to really enhance the citrus notes of the gin.

During the days of Prohibition, when the manufacture and sale of alcohol was illegal, people had to find ways to bootstrap gin production, so they resorted to making it in their bathtubs. This is how Old Tom Gin came into existence.

Many have agreed that the taste, quality, and lifespan of this gin at the time were inadequate. For this reason, home distillers would use any sweetening agent, including licorice, to try and make it more palatable.

Fortunately, Old Tom Gin has come a long way since its inception. However, the licorice flavor is still strong and it has a more robust flavor than the more straightforward London Dry. It pairs well with mixed drinks that incorporate bitters and is the foundation of a lot of Prohibition-era drinks, such as the Bee’s Knees or a Gin Rickey, that are still popular today.

Plymouth Gin is exclusively produced in Plymouth, England, a port city located 190 miles south of London. While it does share some similarities with London Dry, it is on the drier, earthier side. It also has a stronger sweet and citrus profile. This flavor profile typically relies on a combination of several different botanical ingredients, including dried orange peels, coriander seeds, cardamom, orris roots, juniper, and Angelica roots. This type of gin is commonly used to make a classic Negroni cocktail.

How is Gin Made?

When it comes to the actual distillation process, there are several different techniques. Here is a breakdown of various approaches that can be used during gin production.

This is both the original and most common way to distill gin. Steeping makes it easy to produce unique products. It starts by heating the ethanol in a pot still, which looks like a drum and works to collect and condense the alcohol over time. This helps to create a robust foundation to receive the botanical infusions. Steeping happens over the course of one or two days to further concentrate the alcohol before water is added. Some popular steeped gins include Pinkster, Tower Hill, Cold River, Brockmans and Fords.

This distillation method has waned in popularity, but is still used to create a smokey flavored gin that shares some flavor characteristics with Scotch. This is due to the fact that the gin is aged in old Scotch or Vermouth gin, which obviously transfers those Scotch flavors to the gin. Aged gin has a very complex and vivid flavor profile and there are few brands that are widely available. However, you should be able to get your hands on a bottle of Bluecoat Barrel Finished Gin or Beefeater Burrough’s Reserve.

This method is similar to steeping and also begins with placing ethanol in a still. The difference is that the botanicals aren’t added directly to the ethanol. Instead, they are placed in a basket that sits just above the alcohol. As steam is created and rises, it releases the essential oils in the botanicals, which then infuse the alcohol with flavor. Typically, this approach is used to create lighter gins. Bombay Sapphire was one of the first brands to employ this process. Amass Los Angeles Dry Gin and Etsu are two other vapor-infused gins on the market.

This is one of the more modern approaches to distillation and a prime example of how a spirit that has been in existence for centuries can continue to evolve. Traditionally, gin is distilled at 78°C/172.4°F. However, vacuum distillation lowers the temperature to a relatively cool 40°C/104°F. This lower temperature means that the botanicals are fully infused and remain more intact. The result is a gin with more prominent flavor layers. Oxley is a good example of a vacuum distilled gin.

Since gin starts with a neutral base, there is plenty of room to get creative when adding different botanicals.The flavors are further influenced by which distillation method is used. All this combines to create a robust and complex liquor that is great on its own or in classic cocktails. If you’ve been sticking to your usual rum, vodka, or tequila, it may be time to mix things up by trying some different gin brands.

Gin is a spirit that starts with a neutral base and infuses botanicals for a unique taste.

Typically, gin must include juniper berry, which gives the spirit its piney flavor.

What are the types of gin?

There are three main types of gin: London Dry, Old Tom and Plymouth.

How is gin made?

First, a mash is made from fermentable grains. Once the base has been fermented, the liquid is strained from the solids before being put through the distillation process. The “heart” gin is separated from the rest of the resulting liquid and diluted with water to reach the right ABV before finally being bottled and sold.

What are the methods of gin distillation?

What is gin made of? What is the main ingredient in gin?

Gin is made of a neutral spirit, water, juniper berries, and other botanicals chosen by the distiller.

What is the main botanical in gin?

Juniper berry is the most prominent botanical ingredient in gin.