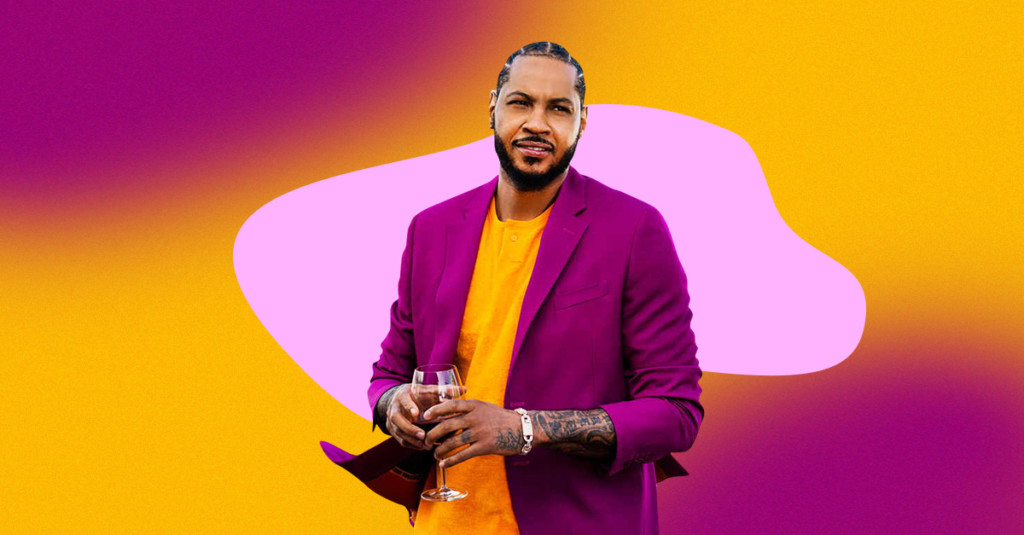 From tequila to wine, celebrities have long been involved in the beverage alcohol industry. Joining the list is NBA star Carmelo Anthony, who recently announced the launch of his own wine brand, VII(N) – The Seventh Estate, in a partnership with Stéphane Usseglio, a third-generation winemaker from Rhône, France.

The 10-time NBA All-Star has certainly made a name for himself on the court, but off the court, he’s just as impressive as a wine connoisseur. Melo has always been known as the player who would opt for a glass of red or white at the bar post-game rather than the cocktail or beer many expect a sports star to order. In fact, in a recent interview with Haute Living, Anthony jokes about his teammates calling him “bougie” for his love of fine wine. “For years I’d be drinking wine, and the guys would be like, ‘What are you drinking that for? Have a shot!’ I’d be like, ‘I’ll take that later, but right now, I’m drinking wine.’” However, with the help of other basketball legends like LeBron James, Chris Paul, and Kevin Love, Anthony has led a new group of basketball players — the likes of Devin Booker, Bam Adebayo, and Josh Hart — on their own journeys to becoming wine connoisseurs.