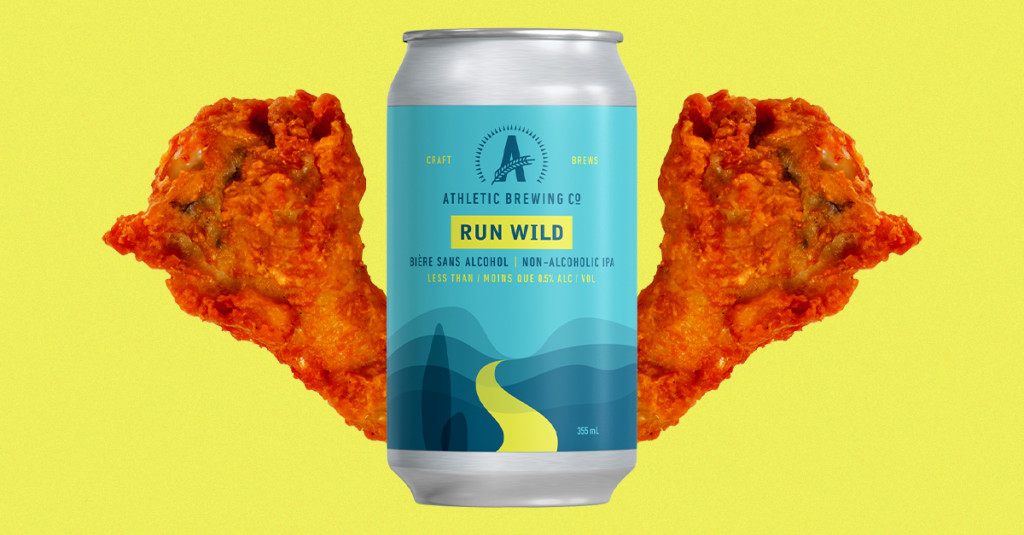 Low-to-no alcohol beverages are becoming increasingly prevalent, from restaurants adding mocktail lists to their existing cocktail programs, to breweries releasing enticing non-alcoholic versions of their signature beers. Some companies, like Athletic Brewing, have refrained from making alcoholic drinks altogether, opting instead to keep all of their beverages at less than 0.5 percent ABV. Now, the alcohol-alternative can be found at over 1,000 Buffalo Wild Wings locations across the United States.

Named as one of the top “100 Most Influential Companies of 2022” by TIME Magazine, Athletic Brewing was the 27th largest craft brewery in the United States last year. By brewing non-alcoholic beers in a variety of styles rather than opting for a standard lager, the company is able to bend the guidelines of brewing traditional beer. The ethos behind Athletic brewing is simple — the absence of alcohol should not necessitate an absence of flavor.