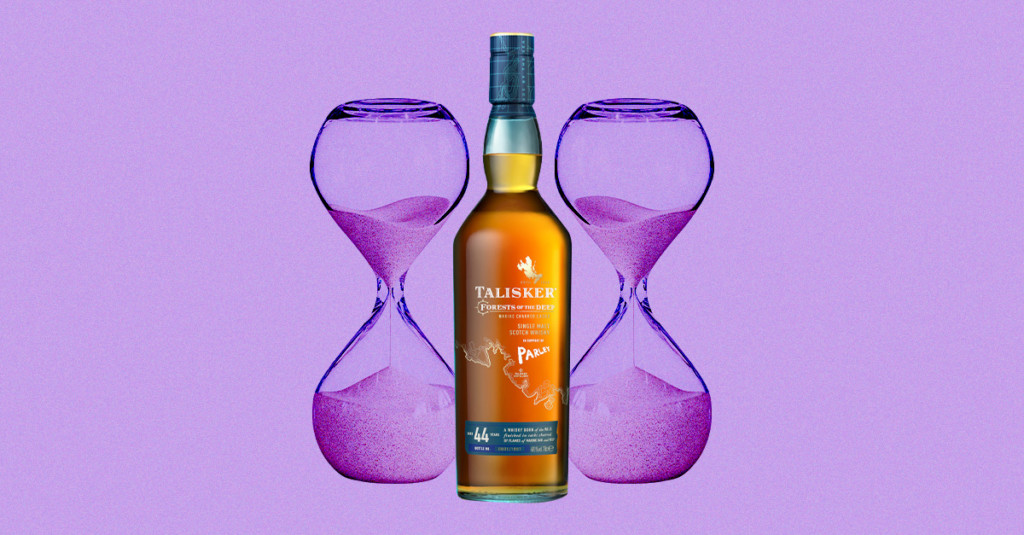 Talisker Whisky, sometimes described as “a wild spirit by the sea,” has been made in the oldest Single Malts Scotch Whisky distillery on the Isle of Skye, a small island in Scotland, since its establishment in 1830 by brothers Kenneth and Hugh MacAskill. Taliker has produced a number of single malt scotch whiskies to embody the “elemental wilderness and unadulterated beauty of its birthplace.” Diageo, which owns Talisker Whisky, today announced the release of the newest Talisker single malt Scotch, and it’s the oldest one yet.

Talisker 44-Year-Old: Forests of the Deep is, according to the brand, a scotch created “as a reflection on the power and beauty of our oceans.” The aged scotch was inspired by an ocean conservation expedition conducted by Parley, Talisker’s partner in ocean conservation, to the Cape of Good Hope, home to one of the world’s most vast sea kelp forests. Kelp forests are an incredibly important facet in the global ecosystem, providing food and shelter for hundreds of marine species, as well as sustaining and promoting biodiversity. They even store carbon more effectively and efficiently than on-land rainforests. Talisker and Parley intend for this release to raise awareness of their exploration and bring attention to their goal of protecting and preserving 100 million square meters of marine ecosystems by 2023.