Twenty years after the inaugural fixture between the universities of Edinburgh and St Andrews, members of the wine trade and press gathered in the Scottish capital to celebrate the occasion.

Edinburgh’s New Club played host to the annual match between the rival Scottish institutions, but this year there was a difference: a writers vs wine merchants competition held on the previous day (20 February).

Organised by one of the founders of the blind tasting, Will Lyons of The Sunday Times, and current event sponsor Pol Roger, the trade against press match celebrated the success of the competition which has given many, including myself, their first experiences in the world of wine.

The universities of Oxford and Cambridge have competed in annual varsity blind wine tasting matches since 1953. In early 2000, Lyons, a past president of Edinburgh University Wine Society who had just graduated, decided to organise a tasting north of the border, and the inaugural fixture was held in the boardroom of Justerini & Brooks. 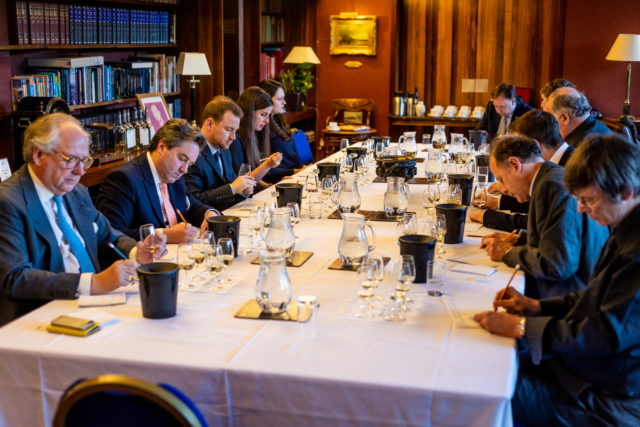 It seemed fitting, therefore, for Lyons and Hew Blair, chairman and buying director of J&B and a judge at the first event, to compete against one another 20 years on.

After a gap after the first match, Pol Roger officially instated the Edinburgh vs St Andrews match in 2005. It now sits alongside the Oxbridge fixture and another between the universities of Bath and Bristol, held for the first time in 2013.

Regardless of the competition, the format remains the same: six white wines blind, followed by six reds. Competitors are asked to identify the primary grape variety, the country of origin, the region, sub-region and vintage, as well as provide notes to support how they reached their conclusions. 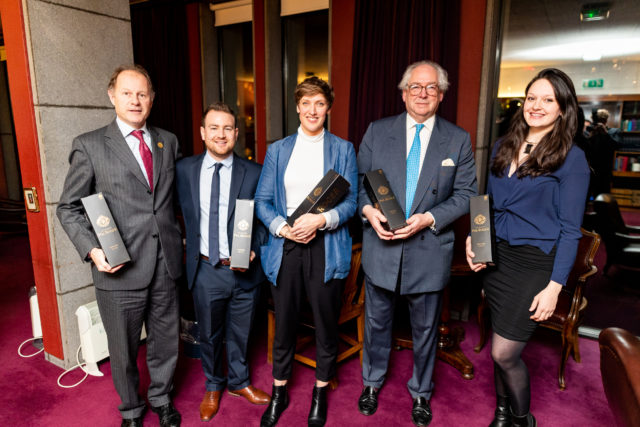 The wines, all from Laithwaite’s, were selected by Pol Roger’s London sales manger Will Dennison, who promised a “few surprises”.

Before the result was given, Pol Roger’s sales director, James Simpson MW, treated attendees to a reading (with permission) of several of Rankin’s tasting notes. The author of the Inspector Rebus novels told db that he has been part of blind tasting group for 15 years, but lamented that he had not got any better at it.

The same cannot be said for his tasting note writing. Giving Jilly Goolden’s famous line – “tiptoeing naked through a field of tulips” – a run for its money, Rankin described one red as “like a slim Italian on a vespa” and a white as “being like summer, in a county that experiences it”. 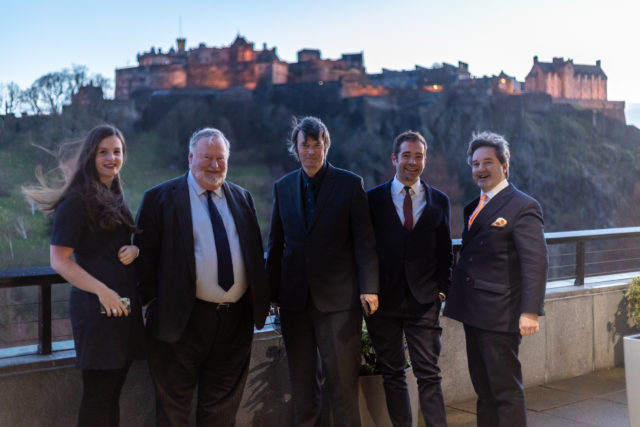 Despite Rankin’s literary prowess, however, the trade team proved victorious and were each given a bottle of Pol Roger Brut Vintage 2012. The following day, Edinburgh triumphed over St Andrews for the fifteenth time, taking the overall score to a rather teeth-grating (if you’re an ex-St Andrews student like me) 15-2.

Commenting on the event, Will Lyons, said: “It’s been 20 years since we gathered in the boardroom of Justerini & Brooks on George Street with the then buying director Hew Blair to compete in the first fixture. Since then the competition has flourished north of the Border. I’m always impressed how high the standard is, with Edinburgh winning the prestigious Left Bank blind wine tasting cup a few years ago.

“But win, lose or draw let’s not forget that blind wine tasting is a fun game. I always approach it with the spirit of the enthusiastic amateur, although I must admit to being secretly pleased to correctly identify the claret and call the correct bank and commune! I’m all for a Calcutta Cup with the winners in Scotland taking on the might of Oxbridge.” 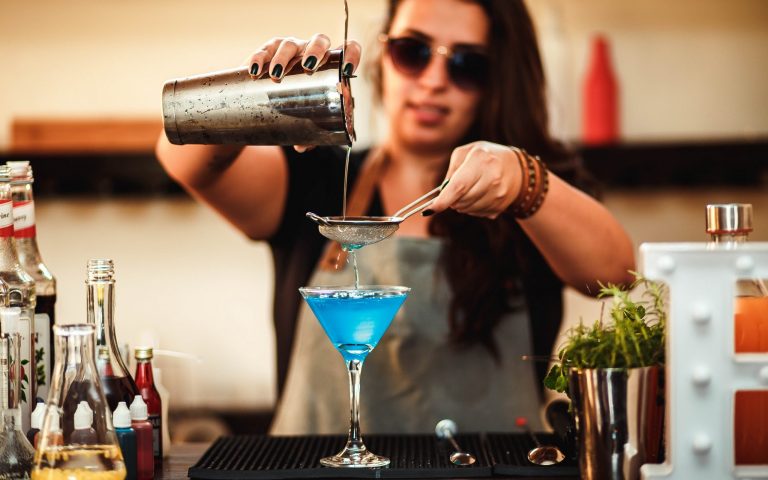 What is Burgundy? Part four: The Burgundian Inheritance

The 10 most powerful wine brands in the world 2020

ProWein 2020 cancelled due to coronavirus

Entering the U.S. Market with a New Alcohol Brand

Portman Group under fire after upholding complaints against beers

Brito: We’ve Come From Behind Before, We Can Do It Again

Armit Italian tasting to go ahead despite coronavirus cancellations

The 10 best breweries in the world 2020, according to Ratebeer’s users

English wine industry ‘must do more to be sustainable’

What to Expect from “Made to Chill” This Year

DTC wine shipping slows in US as market matures

Bud Light Down 22% On Premise During Super Bowl, per BeerBoard; Mich Ultra Slays

‘Appellation not grape variety’ is the way forward for Portuguese wine

Are US consumers ditching wine for hard seltzer?

Fine wine investment: A spring in the step

Why Canopy Growth has delayed its cannabis drinks launch

Babe Wine Could be “A Big Problem” for Big Wine

Giant Distribs Sound Off on Alignment, Amazon, Seltzer and More

Burgundy 2018: Smaller AOCs coming into their own

The Benevolent plans for ‘revolution’ in 2020

Chardonnay Masters 2019: the results in full

Ramón Bilbao ‘well on the way’ to smashing sustainability targets

12 London restaurant openings to watch in 2020

The week in pictures

Vinexpo CEO: ‘If we don’t do anything then in five years’ time we are dead’

Six new ways to become a wine, beer or spirits expert in 2020

The Dark Horse: One Mega-Distributor Thinks MC is Poised for a Comeback

12 of the best wines to drink with Christmas dinner

The biggest drinks acquisitions of 2019

Syrah Masters 2019: the results in full

The Year of Light Beer?

db Eats: The Grill at The Dorchester

How Important is Distributor Alignment?